Get to Know Us.

The history of Indian Life Ministries begins with three dreams and one vision. It is the story of God’s direction in the lives of three widely separated men, the crossing of their paths, and above all, the ministry that God brought into being through them and their associates, a ministry that is now reaching to the farthest corner of Indian North America.

It began in the mid-sixties. Three men, each unknown to the others, separated by hundreds of miles and an international border, were dreaming private dreams of reaching Native people with the gospel. Though their backgrounds and locales were different, their vision was one and the same.

Each could see the potential of literature as a low-cost, effective means of reaching Native people across the continent with the good news of the gospel. But their dreams were not just of any literature; Christian bookstores were full of that already. Their dreams were of specifically designed publications, written by and for Native North Americans, the kind of literature that would speak to Indian hearts through their own culture. 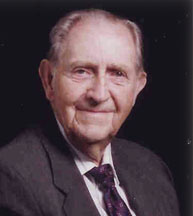 First, we go to a small community in the Black Hills of South Dakota to the home of a young pastor by the name of Ray Gowan. When he was not busy pursuing ministerial duties, or supporting himself with his dairy herd and saw mill, he was distributing whatever literature he could find, to Natives in his area.

His main problem was that there was next to nothing that was culturally suitable. Then, in 1967, while attending an Indian workers conference in Prince George, B.C. he caught the vision for literature designed especially for Native people. One of the speakers gave the challenge, that if anyone really wanted to make an impact on the North American Native community, he should begin to publish and distribute a newspaper written specifically with Native people in mind. Gowan accepted that challenge.

Returning to South Dakota, he bought a press, put a four-page paper together, and printed 8,000 copies. Most of these he hand-delivered on local reservations and on the streets and in the bars of nearby towns and cities. The second issue grew to 20,000. By the early 70s, free distribution brought the circulation well up over the 100,000 mark. And his mailbox was filled with response from the native community 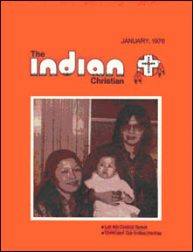 We now leave Mr. Gowan with his success and travel east to Minnesota and back in time to 1959, where Chuck Fiero, a young missionary to the Ojibwe, was beginning to put his own dream of Indian literature production into action. He had tried to use the traditional, white-oriented Sunday school material, but found it unsuitable for Native people. Yet there was nothing else available, nothing written with Indians in mind.

Out of the frustration of trying to minister under his handicap, he and his wife began to publish English and Ojibwe news sheets, which later became a small magazine called The Indian Christian. By the early 1970s, the paid circulation of this magazine grew to just short of 1,000 copies per issue.

At this point, Chuck Fiero handed over his literature ministry to an Indian Bible school near Cass Lake, Minn., so he could specialize in translation work. His new focus, still in the literature field, was the translation and publication of the Northern Ojibwe New Testament. 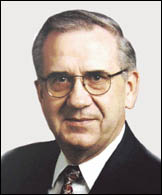 Strange as it may seem, it was also in the mid-sixties in the northern-most part of Manitoba, that a third dream was born out of a sense of need. A young missionary couple in Churchill, George and Bessie McPeek, began to compare the scope of their tiny ministry against the multitudes of un-reached Native people across the continent, and the seeming hopelessness of the task drove them to resign in discouragement.

After training as a teacher and returning to the north to work as an educator among native people, McPeek ran into the same problem faced by his yet-unknown colleagues in the U.S. There were no culturally relevant materials for use in the classroom. Following six years of teaching and an active lay ministry to Native people, this young couple began to explore the possibility of returning to full-time Christian service.

In the summer of 1974, while waiting for a teaching position to open up at an Indian Bible school near Cass Lake, Minnesota, McPeek took a temporary position in the literature department on the same campus. It was, in fact, the publishing work that Chuck Fiero had started, and the main task was the publication of The Indian Christian magazine. The first two paths had crossed.

Several months later, when a teaching position was offered, McPeek turned it down. In those few months of publishing, the Lord showed him the tremendous potential of literature. He had discovered at last the means of reaching the vast multitudes of Native people scattered across the continent. As long as there was enough money to keep the presses running, a mere handful of people could repeatedly place a printed gospel witness in every Native home in North America.

The Birth of a Ministry 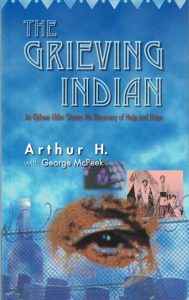 Five years later, when the Indian literature work was about to be closed by the denomination that sponsored it, a meeting of Indian mission leaders was held in Winnipeg to decide what should be done. The outcome was the founding of Intertribal Christian Communications (Intercom for short), governed by an all-Indian board. McPeek was the general director with only one other staff person, and the headquarters was to be located in Winnipeg.

In August 1979, the office was moved to Winnipeg. Two months later, on October 1, Intertribal Christian Communications began to function and the first Indian Life magazine was put into production. Several very tough years followed, as McPeek tried to adjust from low subsidy from his denomination to no subsidy. Finally, when it looked like the doors might have to close in 1983, people began to pray and God turned the ministry around.

In May 1988, Intercom released its first book, The Grieving Indian, by Arthur Holmes and George McPeek. God has blessed this book, both in its ministry impact, and in its sales. With over 35,000 copies sold, The Grieving Indian is clearly a Canadian best seller. At the request of those who have read the book, grief seminars are now being offered across the country. What is even more exciting is that most of the invitations come from Indian bands and tribes. They have read the book and they know its Christian emphasis, yet they are asking us to share this message in their villages, at their expense. This is indeed an open door for which we praise the Lord. 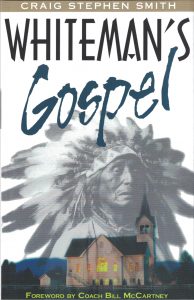 In early 1990, Intercom released the first ever, full-color, Christian Indian comic, Dan Red Eagle and His Search for Power, the first of a series, each with a low-key evangelistic message. Christian education curricula have also been produced. To date, over 20,000 native children have been taught with our two Indian ministry kits, and another one is in production.

Other books include Does the Owl Still Call Your Name? which deals with the causes of addictive behavior; The Council Speaks, a compilation of questions readers have asked us that were published as a column in Indian Life newspaper as Council Speaks; The Conquering Indian, the stories of Native people whose lives have been dramatically changed because of their faith. The Lonely Search, the story of the late Native evangelist and pastor, Albert Tait, a Saulteaux man, whose life God changed completely was read by many and distributed to many prisoners over the years.

Today, our full and part-time staff along with our faithful volunteers, carry out our ministry objectives. Currently we are renting space in a building along with a few other ministries,  which is wonderful for fellowship and networking.  Our financial need is at least $20,000 per month in order to: continue to publish Indian Life newspaper; publish one or more titles a year; and continue our prison ministry known as the Tychicus Project. Indian Life continues to inform and inspire both Indigenous and non-indigenous North Americans and reaches into every state and province with an estimated readership of over 60,000 per issue.

In 2019 Indian Life Ministries will celebrate 40 years of reaching out to the Native people of North America with the Gospel of Jesus Christ. The three dreams are now a reality. The one vision that unified those dreams burns brighter than ever. But there is still much work to be done. Our continuing mandate is to produce culturally relevant Christian media that will bring hope, healing and honor to the Native people of North America. In the words of Craig Smith, “We need to build bridges not walls… bridges that Native North American’s will be willing to cross over… so we can begin the process of healing, reconciling the past, making right the present, and planning for better days of ministry and growth in the future.

The mission of Intertribal Christian Communications is to glorify God in all aspects of its ministry. Knowing that Christ could return for His Church at any time, we, as an evangelical organization, have as our mandate the responsibility to produce and/or distribute Christian media that:

*The word “Aboriginal” refers to Indian, Metis and Inuit. In the U.S., “Native North American” is currently a more common term, although “Aboriginal” is becoming more acceptable.

We believe in the Holy Scriptures as originally given by God, divinely inspired, infallible, entirely trustworthy; and the only supreme authority in all matters of faith and conduct;

We believe in one God, eternally existent in three persons, Father, Son and Holy Spirit;

We believe in our Lord Jesus Christ, God manifested in the flesh, His virgin birth, His sinless human life, His divine miracles, His ascension, His mediatorial work, and His personal return in power and glory;

We believe in the salvation of the lost and sinful man through the shed blood of the Lord Jesus Christ by faith apart from works, and regeneration by the Holy Spirit;

We believe in the Holy Spirit, by whose indwelling the believer is enabled to live a holy life to witness and work for the Lord Jesus Christ;

We believe in the unity in the Spirit of all true believers, the Church, the Body of Christ;